CAN THE BACTERIA IN YOUR GUT EXPLAIN YOUR WEIGHT?

So, what is going on? what has changed?

Evidence is growing that the destruction or our gut bacteria by processed food is the real enemy! Our gut bacteria determines how we respond to food. Mind blowing concept!

This explains why counting the calories if eating a typical western diet won’t make you thin.

In 2013, the genetic epidemiologist Tim Spector, from King’s College London, took intestinal microbes from pairs of twins where one sister was obese and one lean, and transferred them into mice. All mice were fed the same food. Yet the mice given the “obese” bacteria grew fat. The mice with the lean sister’s bacteria stayed lean. Then, just to prove the point, the scientists gave the fat mice bacterial transplants from the lean ones and the fat mice lost their excess weight. Professor Spector is now as he puts it “obsessed with bugs” and has written extensively about it.

What are the problem foods then that disrupt our bacteria?

They devastate the huge variety of good bacteria that live in our guts and replace them with strains that create inflammation and weight gain.

The solution? replace processed food with the natural foods we used to eat and include spices, herbs, fermented foods and fibre-rich plants. Variety is key.

We have ditched the butter, full fat milk, eggs, red meat and three meals a day in favour of frequent snacks, sugary drinks, ready made meals and low-fat high-carbohydrate foods. 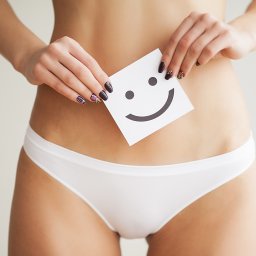 UNDERSTANDING THE INDIVIDUAL GUT MICROBIOTA, THE FUTURE OF PERSONALISED NUTRITION?

UNDERSTANDING THE INDIVIDUAL GUT MICROBIOTA, THE FUTURE OF PERSONALISED NUTRITION? Registered Nutritional Therapists are the best equipped health professionals to…

GUT HEALTH- how I can help you.

GUT HEALTH- how I can help you. You are what you eat but this is only true if your gut…

WHAT YOUR GUT IS TELLING YOU

WHAT YOUR GUT IS TELLING YOU Have you been diagnosed with IBS? The largest percentage of my clients come to me with…

GUT HEALTH AND THE NUMBER 1 FUNCTIONAL TEST I USE IN CLINIC.

GUT HEALTH AND THE NUMBER 1 FUNCTIONAL TEST I USE IN CLINIC. In my practice, I am regularly faced with…